Skip to content
Posted on December 5, 2014 by AC Milan 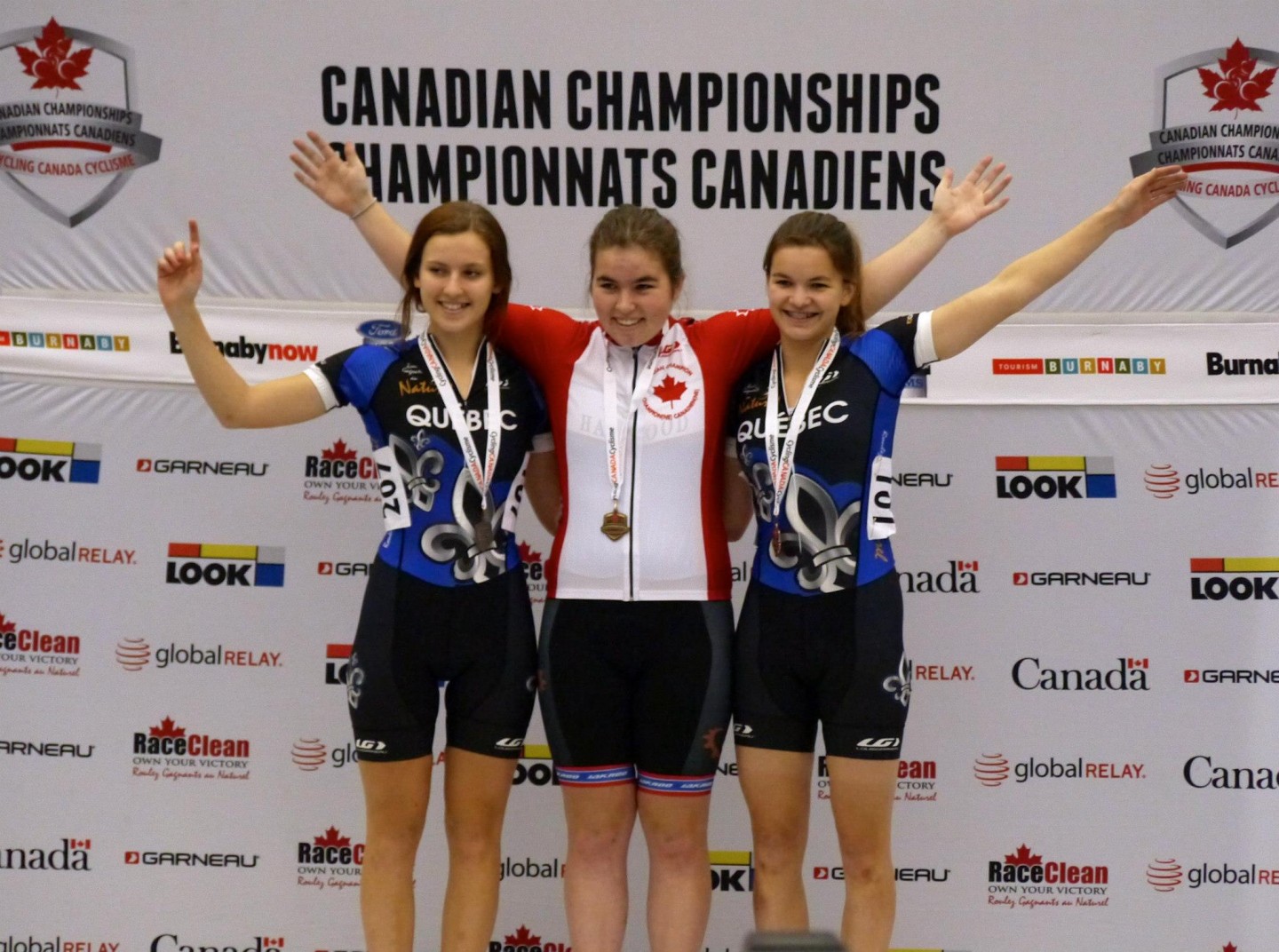 A weekend of racing at the Burnaby velodrome offered a window to Canada’s cycling future, and two Comox Valley cyclists are poised to be a part of that future.

The 2014 Canadian Junior (U19) and U17 Track Cycling Championships took place Nov. 21-23 in Burnaby, and close to 80 young riders met to compete for the ultimate honours, the red and white jerseys awarded to the Canadian champion.

Both van der Vliet and Ellsay are in Grade 12 at Isfeld. Van der Vliet is a long-time member of the Isfeld girls field hockey program, including the team that finished seventh in the province last year. Ellsay’s brother Nigel is an Isfeld grad who now competes for Canada’s national men’s team.

“According to a spokesperson, this was the culmination of a ton of hard work by Kia,” said Isfeld athletic director Colin Cunningham. “She had some setbacks and some bad luck… but it all came together at the right time.  She made a ‘brilliant move’ with a lap and a half to go and held on for the Canadian title!” a delighted Cunningham said. “Congrats on behalf of the entire Isfeld community,” he added.

Canadian championship organizers note the event was an excellent opportunity for athletes of all corners of Canada to race head-to-head, some for the first time at a national competition, and evaluate their form and progress against each other.

“The future of Canadian track cycling is very bright. We observed some very exciting moments and strong performances this weekend after three days of very competitive and passionate racing in Burnaby,” said Mathieu Boucher, Cycling Canada’s Director of Performance Development and Technical Delegate of the event.

“We saw U17 riders posting times rivalling with Junior athletes, showcasing exceptional track cycling skills for their age level. The weekend showed that Canada is heading in the right direction in the long-term development of track cyclists.”